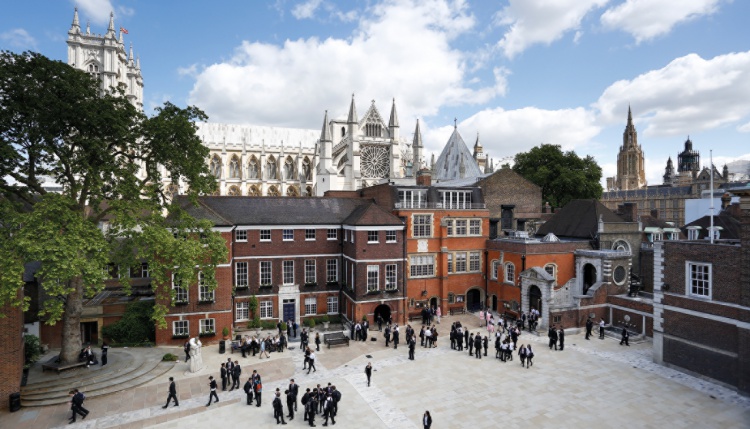 Drawing on tradition and looking to the future at Westminster School

Nestled in the heart of London, alongside the British parliament buildings, lies a school built in the 12th century that continues to not only educate, but inspire students today.

Westminster School’s rich history helps to make it an institution of choice for high performing learners on the path to post-secondary education.

While academic outcomes are a key element of measuring success for Westminster students, Richard Hindley, Director of Digital Strategy is quick to note that developing all elements of their pupils is paramount to the way the school teaches.

"We seek to educate our children in the round, so that they are well prepared for life, in general. Not just at university, but beyond that as well, and in all spheres. Not just in academic sphere, but also personally, and socially, well prepared."

Bringing Technology to the Table

Westminster has been incrementally building toward full technology integration. With support from Hindley, more and more teachers are using technology in their classrooms. With the campus fully Wi-Fi connected, students are encouraged to

bring their own devices, which Hindley knows are important to preparing them for work and life in the 21st century and beyond.

When it came time to upgrade the projector-based classroom technology that was in place at Westminster, choosing the SMART Board 7000 series was a ‘no brainer’ says Hindley. Westminster teachers were already strong SMART software users, and relied on the benefits it brings to their classrooms, including the ability to annotate over lesson content using SMART ink.

The built-in functionality of the 7000 boards has given the teachers more tools to work with in classrooms that are grounded in analytical student discourse.

‘I had the opportunity to sit on a high school geography class at Westminster School – it was very different than any geography class I ever took in high school! I witnessed a classroom full of 15-year-old boys richly debate their responses on correlations between economic measures such as GDP and societal measures such as infant mortality rates around the world. When the teacher revealed graphs on the SMART Board, many were surprised by how well they had predicted some factors, and by how far they had missed others. The discourse during the lesson was nothing short of extraordinary, and the pupils’ responses to the data as it was revealed on the board was inspiring.’

Looking to the Future

Like schools across the world, Westminster is continually seeking ways to ensure its students are digitally fluent, digitally

literate, and prepared for the world and workforce of the future. Technology is a part of that, but it’s about more than just digitizing learning. They use SMART Boards and mobile devices to support an inquiry-based approach that builds learner agency.

“We encourage the pupils to question,“ says Hindley. “To really ask the hard questions, to dig deep and test what they’re being told. We encourage our students to be independent learners.”

Do you use technology to support inquiry-based instruction? How do you help your students use technology for developing their agency as learners? Tell us about it in the comments.