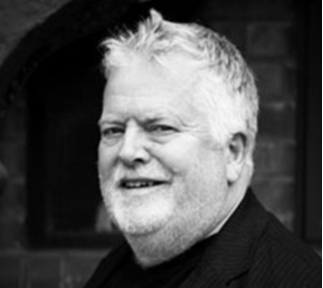 "This isn't the time to use technology to refine the model we had before, this is a time to harness technology to let children go as far and as fast as they want."

This is a guest post from our strategic partner, Professor Stephen Heppell. Professor Heppell spoke LIVE at the SMART Global EDU Summit. Listen to this great discussion ON-DEMAND - anytime, anywhere at SMART360.

Hang on, we knew this already! See how multifaceted online learning can be

There is never enough money for new technology

Way back at the dawn of computers-in-education, I was pushing a very plush trolley along a corridor. On it sat a tiny, cheap, hobby computer and a small black and white TV. I was on my way to a classroom full of children in an after-school club, eager to learn more about this new technology. The computer was small and cheap because the school had no budget for computers. It was an after school club because it didn't fit the established curriculum. The trolley was plush because the school DID have a decent budget for furniture and, to make up for the cheap tiny computer, the best possible trolley had been ordered. There is never enough money for new technology. Because it is new, the budget is never in place and sometimes it takes decades until it is. Nearly 40 years later tech still has an ill defined place in the curriculum. The kids continue to love it though!

"Here is a remarkable technology; what might we do with it that we have never been able to do before?"

That isn't necessarily a problem. By the time the proper budget IS in place, it is usually fenced around with a mass of restrictions. Rather than saying "here is a remarkable technology; what might we do with it that we have never been able to do before?", education systems prefer to say "if we appropriate that technology and set careful rules, it will fit nicely with what we were already doing without disturbing anything". Thus slide rules were embraced, but only the right sort. Calculators too (but absolutely no reverse polish logic!), and the "right sort of 'educational' computers" also. Back in 1986, in a paper to the EURIT conference in the Netherlands, I argued that children were comfortably able, and should be allowed, to use the normal tools that accompanied "proper" computers: spreadsheets, databases and so on, rather than just little programs to teach the time, or to judge angles on a snooker table. It was a revolutionary thought (I was told then!), yet here I sit today, with my "told you so" hat sitting smugly on my head. Ultralab's Law states that "With new technologies, between denial and adoption is the space for innovation and that is where radical progress is made".

Stay in that "space for innovation" during this pandemic

People have the agility to stay in that "space for innovation" longer than institutions or organisations can. In the end technology evolves faster than education can appropriate it or can reel it in. I know of nowhere with class sets of cell phones, or of smart watches. What happens is that those things are ignored, then typically banned, and finally grudgingly accepted. But latecomers to "accepting" try to add what are often daft draconian restrictions, as we have seen with online activity during this pandemic.

Children have been joining up remotely, both synchronously and asynchronously, for many years. My team had the Queen video-conferencing to primary children in the UK and Canada, in the 1990s. She loved it, by the way. A lot of my recent schools have what we used to call "Skype Bars" where children can sit and work collaboratively with children on similar lines of longitude or of latitude.

They have clear protocols to guide effective use. By and large the project work is done asychronously without a live connexion but then there are little synchronous plenary touch points as the teacher inputs important details, or children become a joyful audience for each others' work.

COVID has seen a lot of schools arrive late to online learning.

CoVID has seen a lot of schools arrive late to grudgingly attempt online learning. They didn't have Skype bars and weren't going to ask the schools that did have, nor did they have time to read the research literature. Inevitably, many then applied their own suite of daft restrictions. Ones I have seen recently include: you must have your camera turned off (!); you must wear your uniform; you must be in a room on your own (!!); you mustn't be in your bedroom; landscape not portrait camera image; all online activity will be at a fixed time very much like the face to face timetable (!!!)... and so on.

Teachers were trying to recreate face to face teaching

Those teachers were trying to recreate face to face teaching, but online. 30 years of research experience says that would worsen, not solve, equity, engagement and access problems. It did. Probably, those restriction-embracing folk needed to watch families zooming quizzes together at Christmas, watch the joyful class catch-ups for the youngest primary children ("Hello Tom, hello Miss, happy birthday Bestie, love your rabbit Dipti"...), watch teens "duetting" sea-shanties on TikTok, watch older children explaining the more complex features of Minecraft to younger relatives (which is happening alongside me today, as I type this).

See how multifaceted online learning can be

They need to see just how multifaceted online learning can be. And to realize that it is not online teaching. The children know, and of course nonchalantly by-pass the denials and bans, running their own backchannels alongside the official class "lesson", or whatever. Children with technology have been consistently resilient, typically ingenious, and very much more aware of the equity issues than many adults.

Let's remind ourselves of some health history

Just before we run away with the view that education is uniquely slow and reluctant to embrace proven change, it is worth reminding ourselves of some health history. Bloodletting (bleeding patients to "heal" them) had been practiced for some 3,000 years. "It is how we have always done it", and a whole industry of detail existed - different bleed points (wrist, neck, groin...) to maintain a balance in the body's "humours".

The KPI for these "physicians" would be how many times they had bled a patient, rather than the patient's survival. Meanwhile, from the mid 1800s it was becoming clear to many (e.g. Ignaz Semmelweis in Vienna, Austria) who were looking instead at survival rates, that a health worker's personal hygiene regime would produce substantial differences in mortality rates. Washing hands properly when passing from mortuary to operating theatre might seem obvious now, but it wasn't back then. Even so it took more than half a century for bleeding to decline. It was still in textbooks after World War 1. You can draw out the analogy for yourselves.

In Learning, I think we can better than those bleeders, don't you?